World War 3 Has Already Started And Its An Economic War 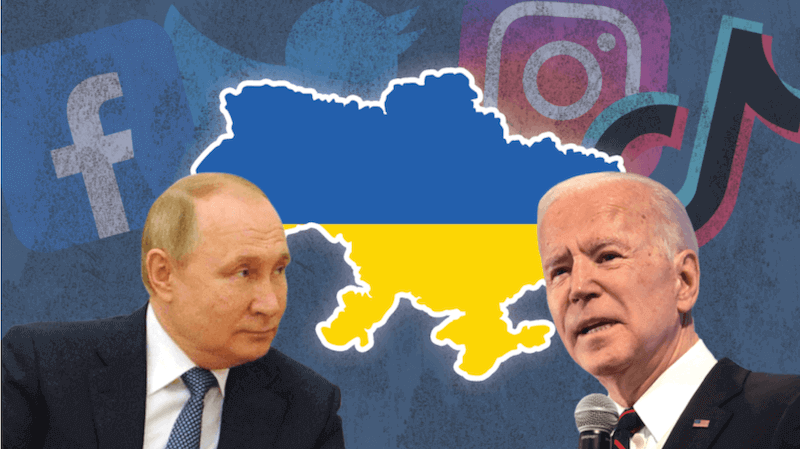 Does it seem like the timing of everything over the last two years has been something that is so precise that it can’t be organic. There has to be a puppeteer pulling the strings.

COVID was leaked from the Wuhan lab and as it spread around the world, Governments all over the world used it as a means of control messaged as being in everyone’s best interest.

This phase one of a process, which had a purpose to see how far people could be pushed. How much they would give up because of confusion and fear.

Remember the lock down here in the US was orchestrated in a series of extensions. If they had told the American People that they would be in lockdown for 3 straight months, or more, they would have gone crazy.

So instead, the lockdowns were extended for two or three more weeks, each and every time.

Sprinkle in a little normalcy by allowing people to go outside for some periods of the day, and some restaurants to stay open.

Recondition people to having everything delivered to their home and working from home.

All while using the isolation as a means to push the ball further in the favor of the Government reset.

As time went on, the same scare tactics started to wane, but the plan for a one world order did not and so we moved onto an economic war.
One that was in part caused by poor management and greed of the Western Leaders who legislated their once powerful nations into poverty. They look rich on the surface with all the conveniences and accommodations any individual could ever want, yet they are so saddled with debt, borrowing from the East, whom the West made richer than anyone could imagine, by exporting the work we Westerners didn’t want to do, for cheap labor.

America was slipping into a significant Economic Crisis when Biden gave the greenlight to Putin to go ahead and invade Ukraine.

After the invasion, the West puts sanctions on Putin and Russia, and tout the success of their sanctions.

But what is not in the mainstream western media is that all of NATO is not in support of the actions being taken against Russia.

When the vote was tallied 141 countries voted in favor, 35 abstained from voting, and 5 voted against.

What we are now seeing is an alliance being formed with Russia, China, and Iran.

There are considerations between these 3 nations to trade oil outside the US dollar.

Ukraine is only the first domino in a long chain that is meant to lead to a one-world economic system centralized into the hands of the money elites.https://t.co/qsYHcVcPyz

In an article I published in April of 2018, titled World War III Will Be An Economic War, I outlined a number of factors that portend a large-scale conflict between East and West and why this war would be mainly economic in nature. I investigated how this conflict would actually benefit globalists and globalist institutions seeking to bring down multiple nations’ economies while hiding the engineered crisis behind a wall of geopolitical chaos and noise.

The goal? To convince the masses that national sovereignty is a plague that only leads to widespread death and that the “solution” is a one-world system – conveniently managed by the globalists, of course. That is to say, more centralization is always offered as the solution to every problem.

Furthermore, the war itself acts as a cover for the inflationary collapse that our central bank and government has created. We are already seeing fraud propagandists like White House Press Secretary Jen Psaki attempting to mislead the public into believing all our current inflation problems stem from the Ukraine war. This claim requires some impressive mental gymnastics and an epic level of ignorance, but Psaki seems to have no shame about her role as a soulless Goebbels-like figure.

One issue which I used to get a lot of arguments over was the idea that countries like Russia and China would end up so closely aligned. People claimed there were too many disparities and that the countries would ultimately turn on each other in the middle of a financial crisis.
Well, it’s four years later and now we’re going to see if that is true or not. So far, it looks like I was correct.

My position has long been that certain nations have been preparing for a collapse of the U.S. dollar as the world reserve currency (the primary currency used in the majority of trade around the world). My belief is that America’s top economic position is actually an incredible weakness; the dollar’s hegemony is not a strength, but an Achilles heel. If the dollar was to lose reserve status, the whole of the U.S. economy and parts of the global economy would implode, leaving behind only those who prepared – those who saw the writing on the wall and planned ahead.

There are four nations that have been actively positioning for the crash of the dollar and they include: China, Russia, India, Brazil (five if you count the limited involvement of part South Africa). These countries are also known as the BRICS. The BRICS are rarely mentioned in the mainstream media anymore, but there was a time around a decade ago when they were discussed regularly.

My fascination with the BRICS back then was primarily due to their odd trade behaviors. Specifically, their bilateral agreements which cut out the dollar as the reserve currency, and the fact that they were stockpiling tons upon tons of gold.

It was as if they had some kind of inside information that an economic conflict or disaster was coming, and they were getting ready to decouple from the dollar and the global supply chain.

Today, as the Ukraine war rages, there is constant hype about the union of nations opposed to Russia’s invasion to the point that the narrative has become bizarre. There is an incredible level of cultism in the mainstream media right now encouraging a mindless mob response. They have been trying to drum up something very similar to a behavioral vortex that many of us in conservative circles have seen thousands of times in the past few years: Western media is weaponizing cancel culture against Russia.

It’s not just a general admonition of the Kremlin or of Putin, that would be normal. Rather, it’s an outright dismissal of anything remotely related to Russia, from bar-owning dummies throwing away all their vodka (even though most of it is not made in Russia), to the International Cat Federation banning certain cats from competitions because they are Russian bred.

This is pure childish insanity, but again, we’ve seen this before with cancel culture in the US.

The thinking is utterly collectivist and goes a little something like this:

“We shall shun them from the hive and isolate them. We will erase their existence and rewrite their identity and history. Then we will punish them by taking away their ability to survive economically until they submit and conform to the directives of the gatekeepers, who shall remain nameless.”

That said, as most conservatives know, cancel culture is a failed strategy. Despite the international push to cancel Russia and media claims that Russia is now “completely isolated and alone,” the narrative is apparently designed more to con the masses, not intimidate the Kremlin. They are, in fact, not isolated at all. And, guess which countries are staunchly refusing to support actions and sanctions against the Ukraine invasion?

Get The Full Story At The FREE Thought Project