This Breakdown Could Change Life As We Know It 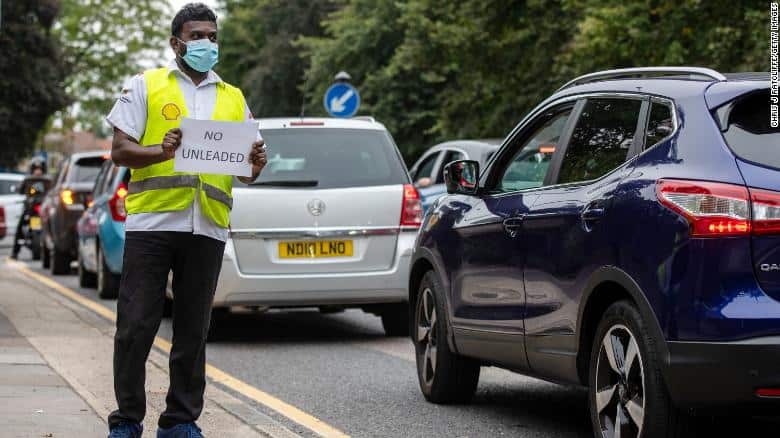 Since the start of the Pandemic, most of us have noticed price increases and a lot more out of stock products. It’s been pretty inconvenient at best and downright annoying at worst, but what is coming can change the way we live for a long time, and might even threaten life itself.

The world operates on a fragile supply chain that has been stretched to its breaking point and those in charge are issuing a dire warning.

But many are now reaching their breaking point, posing yet another threat to the badly tangled network of ports, container vessels and trucking companies that move goods around the world.

In an open letter Wednesday to heads of state attending the United Nations General Assembly, the International Chamber of Shipping (ICS) and other industry groups warned of a “global transport system collapse” if governments do not restore freedom of movement to transport workers and give them priority to receive vaccines recognized by the World Health Organization.

“All transport sectors are also seeing a shortage of workers, and expect more to leave as a result of the poor treatment millions have faced during the pandemic, putting the supply chain under greater threat,” it added.

Guy Platten, secretary general of the ICS, said that worker shortages are likely to worsen towards the end of the year because seafarers may not want to commit to new contracts and risk not making it home for Christmas given port shutdowns and constant changes to travel restrictions.
Fragile supply chains

That will heap pressure on stretched supply chains and could, for example, worsen current challenges with food and fuel supply in the United Kingdom.

“The global supply chain is very fragile and depends as much on a seafarer [from the Philippines] as it does on a truck driver to deliver goods,” added Stephen Cotton, ITF secretary general. “The time has come for heads of government to respond to these workers’ needs.”
When Karynn Marchal and her crew were told that they wouldn’t be allowed to go on shore upon docking in Hokkaido, Japan it was a big hit to morale.

“None of us knew how long it would go on for,” the 28-year old chief officer of a car-carrying ship told CNN Business.

That was more than 18 months ago. Marchal — and hundreds of thousands of seafarers like her — have not been permitted shore leave since.
After weeks on board a ship, a couple of hours on shore provides much needed respite. But seafarers can only leave a vessel in order to travel elsewhere, usually to return home. Marchal considers herself “one of the luckier ones,” because she has at least been able to make it home to the United States.

“There are people who have been stuck at sea for over a year,” she said.

Early in the pandemic, many seafarers agreed to extend their contracts by several months to keep supplies of food, fuel, medicine and other consumer goods flowing around the world. The grounding of planes and border closures had made it almost impossible to move workers from one part of the world to another and to swap crews.

At the peak of the crisis in 2020, 400,000 seafarers were unable to leave their ships for routine changeovers, some working for as long as 18 months beyond the end of their initial contracts, according to the ICS.

While these numbers have improved, crew changes remain a major challenge. Some travel restrictions were reimposed as a result of the coronavirus Delta variant and transport workers continue to face a myriad of vaccine and testing requirements just to do their jobs. Often these are imposed at a moment’s notice, said Platten.

Inconsistent requirements mean that some seafarers have been vaccinated multiple times because some countries have approved only certain vaccines, according to Platten.

He knows of at least one seafarer who has received six vaccine doses, or three two-dose regimens. “It’s an absolute nightmare. I can’t understand why we don’t have some sort of global standard,” he told CNN Business.

Meanwhile, the unequal distribution of vaccines globally means that only about 25% to 30% of seafarers, many of who are from India and the Philippines, are fully vaccinated, according to Platten.

Coronavirus testing is also a challenge. In February, Germany unilaterally introduced mandatory PCR testing with no exemption for truck drivers, leading neighboring countries including Italy to impose similar restrictions to avoid having thousands of drivers stranded in their own territory.
These measures affected thousands of truck drivers, particularly on the Brenner Pass between Italy and Austria, forcing them to queue for days in sub-zero temperatures with no food or medical facilities. The EU Digital Covid Certificate has since eased some of the pressure, but bottlenecks remain.

“Drivers have faced hundreds of border issues and blockades through the pandemic,” said Umberto de Pretto, IRU secretary general. “Truck drivers, and the citizens and businesses that depend on the goods they move, pay a heavy price for misguided Covid restrictions that do not exempt transport workers,” he added.
Marchal, the chief officer, and her crew had to do 10 Covid tests in seven days before they were allowed to enter the shipyard in Singapore for repairs last month. Maintenance was delayed by a week following a coronavirus outbreak at the port and the vessel is not expected to leave before mid October. In the meantime, the crew must remain on board the ship.

Compulsory quarantines when disembarking and on arrival in their home countries can mean that pilots and seafarers spend a month of their vacation time stuck in a hotel room before they’re able to see their families.

Seafarers “run the shipping industry,” yet they have not been given the priority of frontline workers, said Shaailesh Sukte, the captain of Seaspan Amazon, a container ship. “If you want the world to [keep] moving, you need to relax travel restrictions,” he told CNN Business.