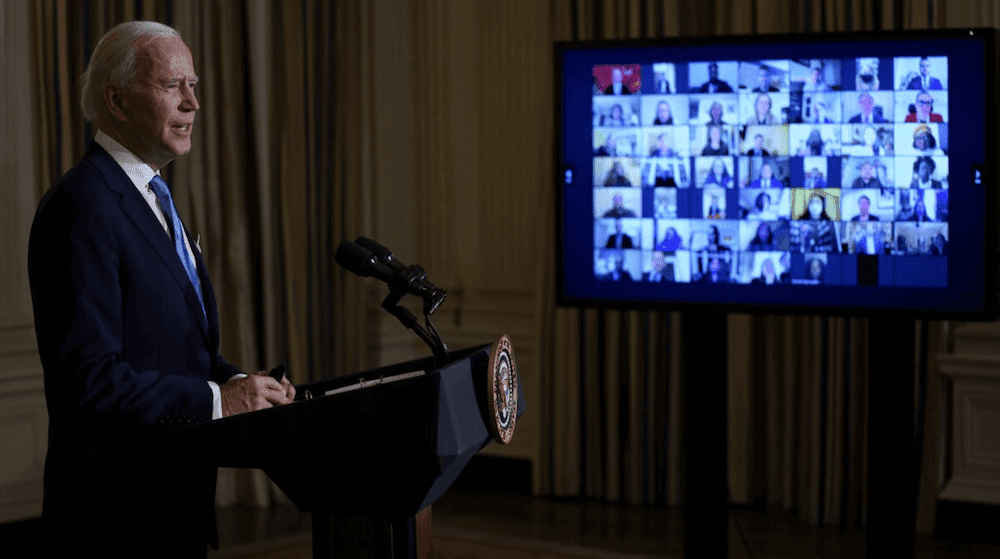 When President Biden’s Administration decided to recall the “Crack Pipes For Equity Program”, they must have kept a few cases of the pipes for themselves, because smoking crack is the only way we can think of to explain this plan they just announced.

It seems that the President and his team decided that sending Harris to Europe to meet with other world leaders, was a great way to boost her otherwise lacking, credibility and experience in Foreign Diplomacy.

You remember, the exact reason President Biden was elected for his vast experience in this field?

Anyhow, while Harris can now claim that she made it to Europe before she traveled to the United States southern border, her trip was an utter failure as she continued to make a mockery out of the office of Vice President, with cackles, gaffes, and disjointed statements.

Now that she is back in the US, Biden plans to use her as his road warrior, sending her out across the nation discussing all of Bidens key plans that are critical to a successful Midterm for the Democrats.

Is this because he doesn’t have the stamina to make the trips himself?

Could it be because he is slipping more mentally and the Administration doesn’t want him going speeches in less controlled environments out on the road?

Perhaps it is to set up Harris, as she bumbles and word salads the hell out of his plans in botched speeches, so that when the ultimately fail, she is made out to be the scapegoat and gets cut from the reelection ticket while giving Biden plausible separation from the reason why his plans failed?

In any case it seems like a long shot plan that will be entertaining and provide plenty of fodder for blogs like this.
On the topic, Red State reported:

As we previously reported, while it’s a good thing that Kamala Harris is back in Washington, D.C. after embarrassing the United States on a world stage during her recent overseas tour, unfortunately, she’s continuing to make a mockery of the office of the Vice President with the flubs and disjointed statements still freely flowing.

During her trip, political pundits and even some Democrats like former Hawaii Rep. Tulsi Gabbard speculated that the real reason President Biden sent her to Europe was not so much because he believed she could get the job done but to give her the chance to beef up her non-existent “foreign policy creds” ahead of her eventual presidential run by allowing for some photo ops and chances to appear knowledgeable next to presidents of other countries (though, as we also pointed out, that didn’t go well, either).

In any event, now that she’s back home and now that the coronavirus pandemic appears to be waning, reports are swirling as to how the White House plans to utilize Harris ahead of the 2022 midterms – by sending her out on road trips and turning her into Biden’s “road warrior” in an effort to help sell his failed agenda:
|
With COVID-19 cases declining across the nation, Harris will be spending more time crisscrossing the country and touting the successes of the administration, the sources say.

On the trips, the vice president will be discussing issues including infrastructure, expanded broadband access and key executive orders signed by President Biden.

Harris will travel to Louisiana on Friday, and there will likely be another domestic trip next week, according to sources familiar with the vice president’s schedule.

The vice president will also be holding larger events at the White House and at other stops around the country, the sources say.

One Democrat strategist told The Hill that Harris would be “deployed” to “communities and geographies where the vice president is maybe even more resonant and popular than any other member of the administration,” which is code for black communities, where Joe Biden has struggled to maintain support over the last 14 months.

It’s hard to see where even this calculated strategy would work, as black Democrat voters (and female Democrat voters) rejected Kamala Harris’ presidential campaign in 2019, with her support cratering among those key voting blocs during that summer after her racially-tinged attacks on Biden came across as disingenuous and politically opportunistic. And even now, she’s a drag on Biden, with her ratings in similar territory to his.

Plus, Harris has serious relatability and authenticity issues, and that comes across in a big way when she’s face to face with voters, including the ones who look like her.

I dunno, maybe this shores up a couple of percentage points among the Democratic faithful but I don’t see it as an overall effective tactic to get voters energized and enthused about voting for Democrats in the fall elections. Joe Biden has proven himself to be seriously lackluster in that department, and Harris – with her repeated policy failures and painful gaffes and cackling over the last year – is not an effective messenger herself.

In fact, this could have the unintended effect of mobilizing Republican and independent voters who are highly dissatisfied with this White House to get out and vote.

That said, I realize the White House has to use her in some capacity and can’t just keep her locked in the basement, but just going off of what most polls indicate, realistically speaking out of the limelight might just be exactly where she really belongs as far as Democrats are concerned.