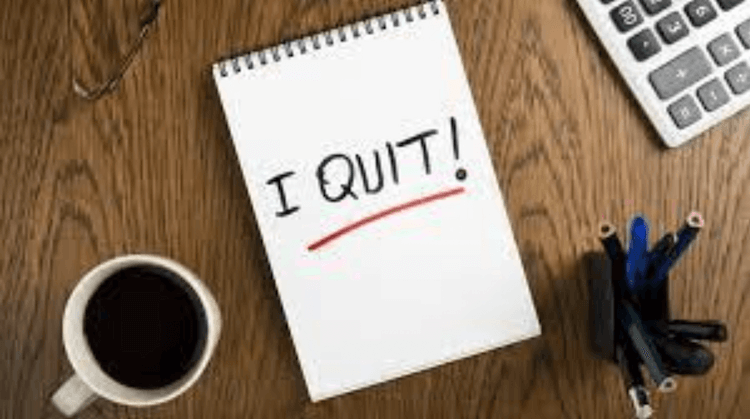 Since taking office, President Biden has seen some dismal Jobs Reports that have been significantly off the mark from the economic analytics projected numbers. Like, way, way, off.

Job openings have been at an all time high. Most small businesses are struggling to find staff. The service industry has exited in droves, and they haven’t returned in any other part of the workforce.

During COVID, the blame landed squarely on the amplified unemployment benefits that made it undesirable for anyone making $42,000 a year or less to go to work. They could basically make the majority of that via unemployment that went on for extended periods of time, and have all their free time to enjoy doing other things .

Most employers crossed their fingers and hoped that when these benefits ended, the work force would come back in droves. So far that has not happened.

FEAR! The Current Administration, along with its mainstream media cohorts, are scaring the living bejesus out of people and they are leaving their jobs because they are scared to death of what they are being told about COVID.

August quits hit the new “series high” going back to December 2020 [note: after Joe Biden’s election], according to the department’s Job Openings and Labor Turnover Survey, as reported by CNBC. The rate is measured against total employment.

Political strategist James Carville in 1992 coined a phrase when he was advising Bill Clinton in his successful run for the White House that has hung around ever since:

Guess what is to blame for the record number of job losses in August?

“It’s not the economy, stupid.”

As reported by The New York Times, CNBC, Fox Business, and other outlets, the economy was expected to rebound strongly in 2021 and has done so — relatively speaking, that is [in my opinion], despite the disastrous September jobs report.

So what do experts point to as a major factor? In a word, President “Build Back Better” not only has no idea what he’s doing as it relates to so-called “job creation” by the federal government — the government doesn’t create jobs despite president after president claiming they do, which is another topic for another time — Corn Pop’s pal cluelessly continues to nearly singlehandedly destroy the U.S. jobs market.

“Quits hit a new series high going back to December 2000, as 4.3 million workers left their jobs.”

The Biden Admin has created a culture that fosters unemployment. We saw it with the jobs report and we’re seeing it with these numbers too.https://t.co/q39V83C0VE

Let’s sum it up this way:

Quits have been seen historically as a level of confidence from workers who feel they are secure in finding employment elsewhere, though labor dynamics have changed during the COVID-19 crisis. Workers have left their jobs because of health concerns and child care issues unique to the pandemic’s circumstances.

A total of 892,000 workers in the food service and accommodation industries left their jobs, while 721,000 retail workers departed along with 534,000 in health care and social assistance.

According to Elise Gould, senior economist at the Economic Policy Institute, as quoted by CNBC, the fall in August job openings and surge in quit rates tracked with the rise in COVID cases, as tens of millions of people remain freaked out. (Biden unavailable for comment [lying].)
“As job openings and hires fell in August, the quits rate hit a new series high, surging along with the August rise in COVID cases and likely growing concerns about working in the continuing pandemic.”

COVID cases have since been on the decline nationally, as noted by CNBC, though some health care professionals worry about another rise during the colder months. Hmm I wonder who “some health care professionals” are? You ‘spose one of their names start with an “F” and ends in “auci”? The attention-whoring Keebler Elf will continue to bang that drum until he can no longer hold a drumstick.

“There is an enormous labor shortage in the country right now and it is not just because people are quitting or have child care problems, or can’t get to work due to the Delta variant. The economy is strong as a bull, that is why there is a tremendous demand for labor.”

“Consumers are now back in the driver’s seat when it comes to economic activity, and that’s the way we like it. A consumer that is feeling confident about the outlook will generally spend more freely.”

The problem(s) being without salespeople to sell consumers the stuff they want to buy, truck drivers to deliver it, or stores to stock it, to paraphrase Hillary, what difference does it make?