Germany Shows Disrespect And Contempt Toward Biden While Siding With Russia 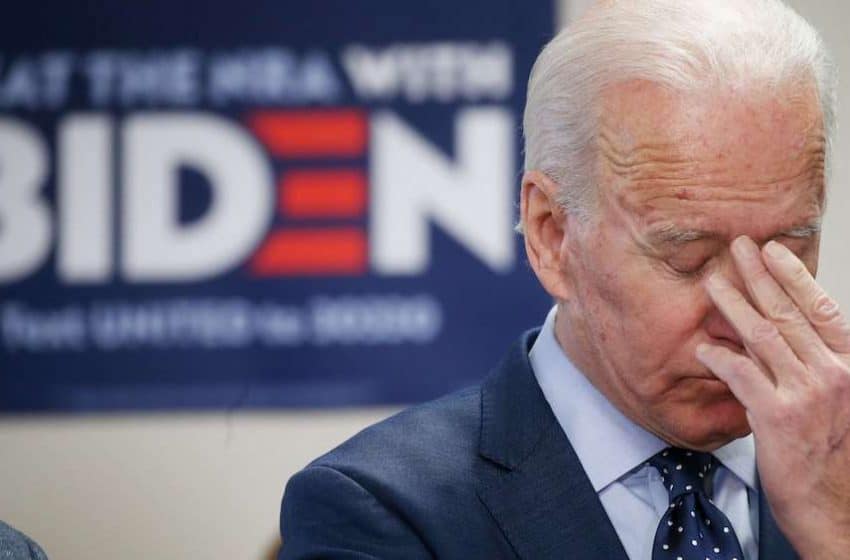 In a Presser Stunt, President Biden was left to speak to the American press for over 2 hours and boy oh boy, I am sure his team is regretting that decision. They will spend the next few days cleaning up everything from calling out a reporter for having a Stupid Question to Greenlighiting Putin to […] 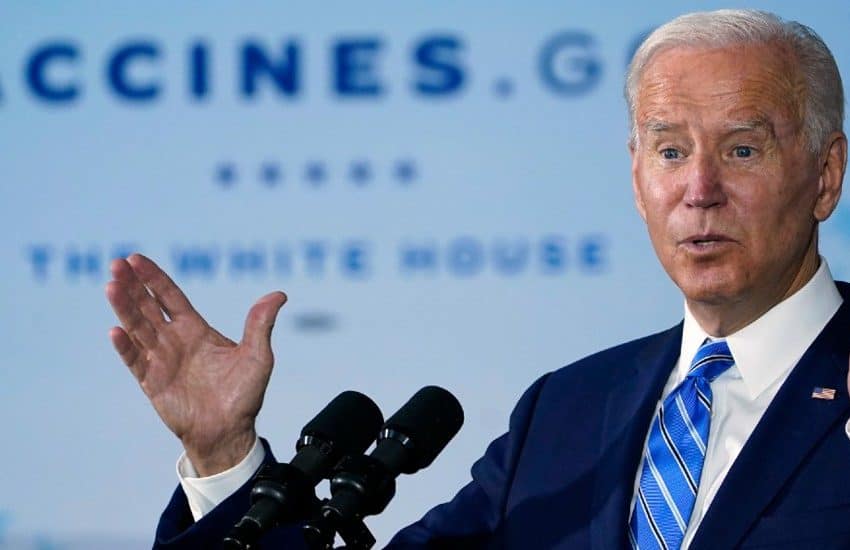 It’s incredible to watch, really it is. President Biden issued an order requiring 3.5 Million Federal Employees to get vaccinated by November 22 or face firing. First, what seems ridiculous is that this order takes place at the end of 2022. So this means that they are planning to still be in the middle of […] 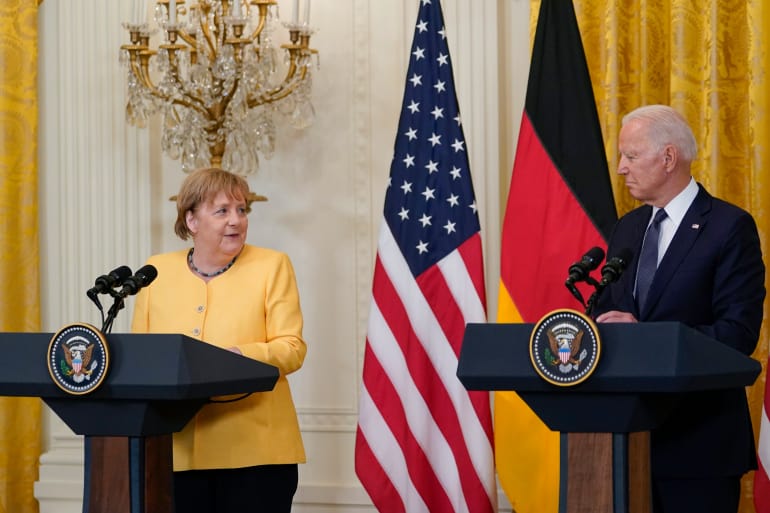 Germany Shows Disrespect And Contempt Toward Biden While Siding With Russia

Joe Biden campaigned on re-building our relationships with western allies, which really meant that he was just going to undo what Trump did and go back to taking their crap while paying for everything. Trump was a President who called these bad acting allies for what they really were and labeled them as not worthy […] 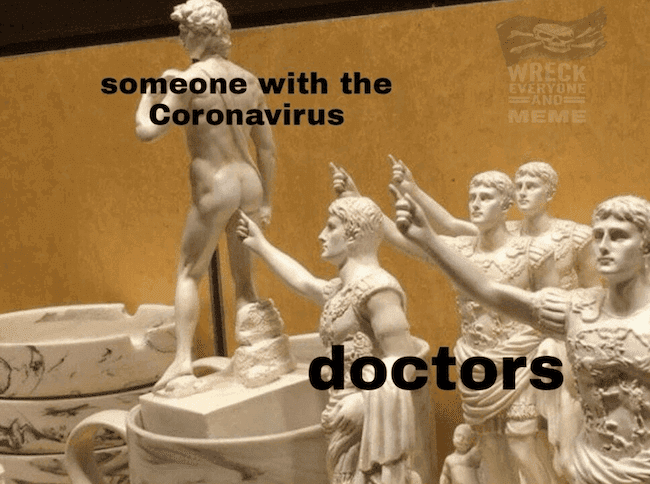 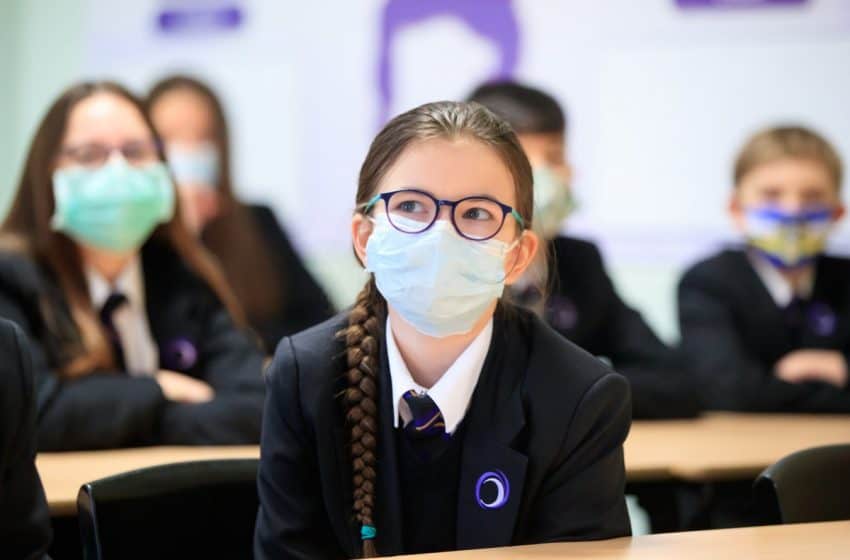 The UK is making some big moves recently, to reverse course on the COVID policies that were in place over the last 2-ish years. There is a lot of speculation about what more is to come from this country and how they are going to continue with the vax or not. But to find an […] 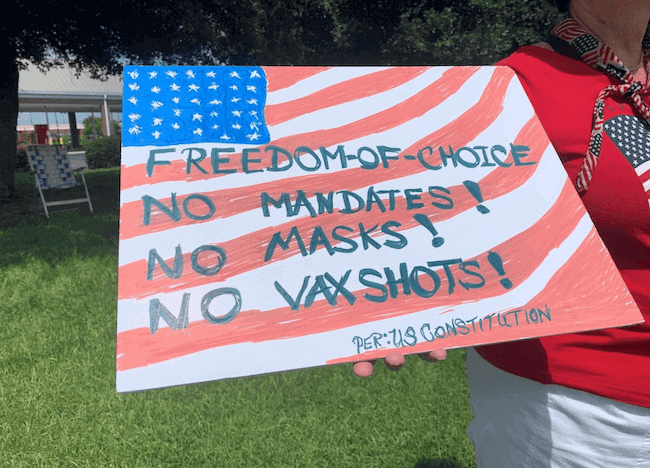 Southwest Airlines has been suffering from staff shortages and especially from their Pilot Sick Out that left the airline scrambling, cancelling thousands of flights over the last 2 weeks, leaving customers stranded in cities all over the country.

Southwest Airlines has scrapped a plan to put unvaccinated employees who have applied for but haven’t received a religious or medical exemption on unpaid leave starting by a federal deadline in December.

Southwest Airlines and American Airlines are among the carriers that are federal contractors and subject to a Biden administration requirement that their employees are vaccinated against Covid-19 by Dec. 8 unless they are exempt for medical or religious reasons. Rules for federal contractors are stricter than those expected for large companies, which will allow for regular Covid testing as an alternative to a vaccination.

Executives at both carriers in recent days have tried to reassure employees about job security under the mandate, urging them to apply for exemptions if they can’t get vaccinated for medical or for a sincerely held religious belief. The airlines are expected to face more questions about the mandate when they report quarterly results Thursday morning. Pilots labor unions have sought to block the mandates or sought alternatives like regular testing.

Southwest’s senior vice president of operations and hospitality, Steve Goldberg, and Julie Weber, vice president and chief people officer, wrote to staff on Friday that if employees’ requests for an exemption haven’t been approved by Dec. 8, they could continue to work while following mask and distancing guidelines until the request has been reviewed.

The company is giving employees until Nov. 24 to finish their vaccinations or apply for an exemption. It will continue paying them while the company reviews their requests, and said it will allow those who are rejected to continue working “as we coordinate with them on meeting the requirements (vaccine or valid accommodation).”

“This is a change from what was previously communicated. Initially, we communicated that these Employees would be put on unpaid leave and that is no longer the case,” they wrote in the note, which was reviewed by CNBC.

Southwest confirmed the policy change, which comes just weeks before the deadline.

United Airlines implemented its own vaccine mandate in August, a month before the government rules were announced. United had told staff that they would be put on unpaid leave if they received exemptions. More than 96% of its staff is vaccinated. Some employees sued the company over the unpaid leave and a federal judge in Fort Worth, Texas, has temporarily blocked the airline from going forward with its plan.

American Airlines management “indicated that, unlike the approach taken by United, they were exploring accommodations that would allow employees to continue to work,” the Association of Professional Flight Attendants, the union that represents America’s mainline cabin crews, said in a note to members Monday. “They failed to offer any specifics as to what such accommodations might look like at that time.”

Hundreds of Southwest employees, customers and other protesters demonstrated Monday against the vaccine mandate outside of Southwest Airlines’ headquarters in Dallas, the Dallas Morning News reported.

An airline spokeswoman said the carrier is aware of the demonstration.

“Southwest acknowledges various viewpoints regarding the Covid-19 vaccine, and we have always supported, and will continue to support, our employees’ right to express themselves, with open lines of communication to share issues and concerns,” she said.

Southwest’s Goldberg and Weber told staff that if their request for exemption is denied, employees can reapply if the staff member “has new information or circumstances it would like the Company to consider.”

Southwest requires new-hire employees to be vaccinated as does American Airlines for new staff for its mainline operation, spokesmen said.

Delta Air Lines is also a federal contractor subject to the government requirements, but it hasn’t yet required staff vaccinations. Last week, the carrier reported that about 90% of its roughly 80,000 employees are vaccinated. In August, Delta announced unvaccinated staff would start paying $200 more a month for company health insurance in November.

Get The Full Story At CNBC

It’s incredible to watch, really it is. President Biden issued 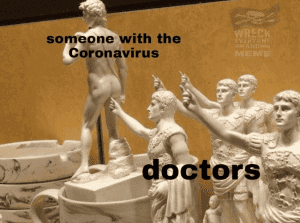 China caught the world’s eye with their ana swabs back