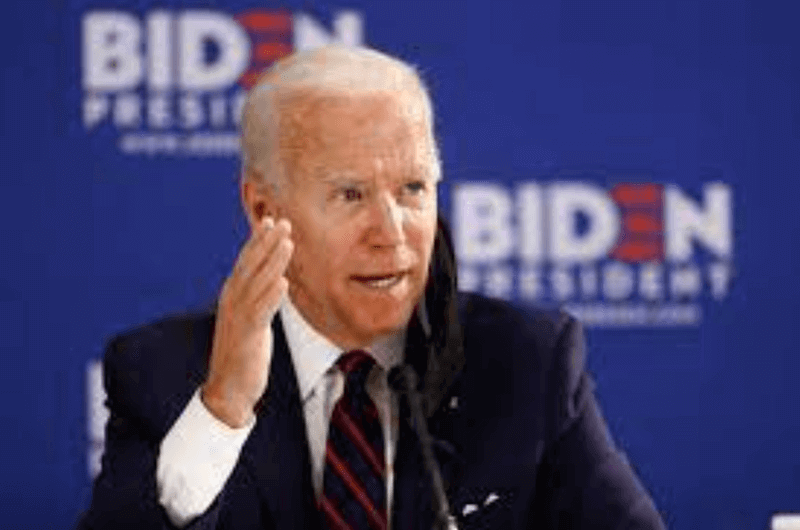 I’ve been saying it for weeks now. The Russian invasion of Ukraine is an orgiastrated distraction, designed by the Biden Administration, to create a foil that they can blame for the impact of all the failures this Administration has had since taking office.

It is the only way the Democrats stand a chance in the Midterms.
President Biden set the record straight by stating clearly and concisely, that his administration has not put forth any policy that would hinder, restrict, or block the energy industry from mining their resources to bail America out of a disastrous situation that was really created by Biden in the first place.

TRUTH is, gas was going up before Russia took action and invaded Ukraine.

And that was because President Biden shut down the Keystone Pipeline, shut down drilling on all Federal Lands, and started importing oil again, thus undoing a lot of what President Trump accomplished to make America not only energy independent, but a net exporter of energy.

The fact that Biden took as much time as he did to ban Russian Oil, while we are in a virtual cld war with Russia, is hard to believe.

When Biden banned oil from Russia, we all knew it was going to take time for the shipments to cease, since the US had obligated itself to orders in advance that had to be delivered. Yet gas prices spiked right away.

And while it makes sense that oil is priced based on futures and what the current market decisions make, I am left wondering about the impact of the Russian Oil ban and the price of energy.

Russian Oil only makes up almost 3% of the US daily oil import but has gas prices shooting up over 40% in the matter of a week.

Instead of following through on his word to open up US oil, President Biden went to Venezuela and Saudi Arabia to ask them to increase their oil production to help prevent a spike in US energy costs. They refused to take the meeting.

Now the US is faced with a crisis situation, which again is due to President Biden’s Green Energy Policies. The Russian Oil Ban is the scapegoat to draw in the public attention.

Two Republicans put a bill on the floor of the House this week that would restart the Keystone Pipeline and allow drilling on Federal Lands. Democrats blocked it with 219 votes against the American People’s best interests.

Republicans have argued for years that the U.S. should seek energy independence as a matter of national security, and the current conflict with Russia has undoubtedly served to strengthen the argument.

The legislation would immediately reauthorize the construction of the Keystone pipeline from Canada to Montana and restart oil and gas leasing on federal lands and waters, both of which were suspended by the Biden administration last year.

It would also require the Biden administration to submit an energy security plan to Congress within 30 days that would grow America’s oil and natural gas production to offset Russian imports.

In a joint statement to introduce the legislation, Reps. McMorris Rodgers and Westerman said, “Putin and Russia’s economy are dependent upon dominating energy production and exporting to other nations. He gains power by doing so, and it’s what funds his military and aggressive behavior. To counter Putin, our bill flips the switch to promote American energy jobs, production, and exports.”

The president was torched on social media this week after he begged foreign despots and dictators to increase their oil production in response to the global energy crisis rather than unleashing America’s energy resources.

In a floor speech in support of the bill Wednesday, Republican Rep. Dan Crenshaw (Texas) slammed President Joe Biden for his energy policies.
“This week our president — our American president — asked Venezuela and Saudi Arabia to increase oil production, asked them to boost their output so that American consumers wouldn’t see a spike in gas prices,” Crenshaw said.

Get The Full Story At The Blaze