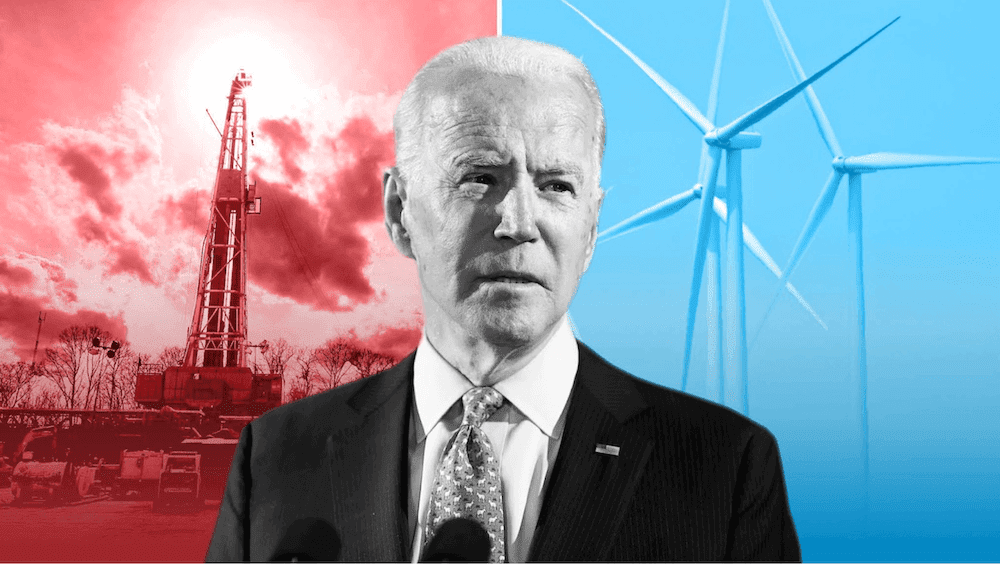 You remember the State Of The Union Address a couple of weeks ago? Where President Biden said that his administration is not taking any steps to hinder or suppress domestic oil production?

In the same speech he called out and called on energy companies that have 9,000 active wells but have not taken any action to drill them?

Then he went on to warn these companies about driving up oil prices for profiteering and extortion of the American people.

Well, many of these comments are flat out lies and some are half truths.

Yes there are 9,000 wells that oil companies can drill but are not. This is because there are a lot of permits that are required in addition to the drilling permit. So while The Biden Administration might be willing to ceremoniously grant the permit to drill, they are not offering the permits to transport the oil out.

Biden will not make policy decisions to help with the price of gas because it has been their plan from the get go, to drive oil up to make electric cars seem more feasible.

Russia and Ukraine are a side story meant to distract Americans from all the errors and lies that this administration has been caught up in during their first year and some in office.

Russian Oil makes up less than 2% of the US daily import, so the impact is not as great as the actual increase in the cost of gas which is driven by other Biden policy measures.

Over the last 14 months, President Joe Biden’s Interior Department (DOI) has quietly taken steps to scale back long-term offshore and onshore drilling on public lands through a series of actions and inactions. Overall, the U.S. is set to again become a net importer of oil after briefly reaching net exporter status, government projections showed.

“Unfortunately, this is a situation that creates uncertainty that drives investment away from the U.S. and to other parts of the world when it comes to energy production,” National Ocean Industries Association President Erik Milito told the Daily Caller News Foundation in an interview. “And it’s clear right now, we don’t want to be relying on other parts of the world.”

“We have a strategic asset in the Gulf of Mexico that could be producing 700,000, maybe 800,000 more barrels per day or more if we had good policies in place,” he added. “But we don’t have the policy support in place right now which leaves us where we are globally and having to rely on outside source.”

Russia’s ongoing military assault of Ukraine has caused uncertainty in global energy markets, leading to higher oil and gasoline prices around the world. Russia, which exports most of the energy it produces, is a major global supplier of crude oil.

In response to the crisis, U.S. fossil fuel groups urged the federal government to open the door to more domestic energy production and reduce reliance on foreign nations for oil and gas. But the White House has turned to Middle Eastern producers, begging them for more output.

“If we want to get more from the Gulf, we’ve got to approve more leases,” Republican Louisiana Sen. Bill Cassidy told the DCNF during a media briefing last week. “And we’ve got to more speedily approve the permits, to drill more on the leases that have already been let.”

“The administration is slow-walking it all,” he added.

“I would call it regulatory hostility,” Steve Pavlick, the head of policy at research firm Renaissance Macro, told the DCNF. “Biden’s been very clear going back to the campaign that he wants to discourage fossil fuel production much more aggressively.”

“If you’re a company and you’re looking to get a return on your investment, you don’t do that based on today’s oil price, you do that based on what the forward projections are,” said Pavlick, who previously served as deputy assistant secretary for legislative affairs at the Treasury Department.

But days after taking office in 2021, Biden signed an executive order pausing new oil and gas leases on federal lands and waters as part of his climate agenda.

“United States international engagement to address climate change — which has become a climate crisis — is more necessary and urgent than ever,” Biden wrote in the Jan. 27, 2021 order. “It is the policy of my Administration that climate considerations shall be an essential element of United States foreign policy and national security.”

In the same executive order, Biden ordered the DOI to issue a review on the federal leasing program, including its “potential climate impacts.” The department released its report in November, recommending that offshore leases should be hit with higher royalty rates “to monetarily account for the costs of carbon dioxide, methane, and nitrous oxide.”

The report stated that the federal oil and gas program fails to provide a fair return to taxpayers “even before factoring in the resulting climate-related costs.”

In a setback for the administration, a federal judge halted the president’s drilling lease pause in June. Still, the Biden administration has largely ignored the ruling, choosing not to hold mandated lease sales.

After the DOI was handed another loss on climate policy in February 2022, the administration said it would continue delaying or canceling leasing plans. (RELATED: Left-Wing Democrats Ask Biden To Cancel Oil Drilling On Federal Lands, Declare ‘Climate Emergency’)

“Work surrounding public-facing rules, grants, leases, permits, and other projects has been delayed or stopped altogether so that agencies can assess whether and how they can proceed,” the administration wrote in a court filing.

Then, on Feb. 28, the administration announced it wouldn’t appeal a January ruling that nixed a major offshore lease sale. The sale, known as Lease Sale 257, of 308 tracts covering 1.7 million acres in the Gulf of Mexico generated more than $198.5 million in total bids from 33 companies, according to the Bureau of Ocean and Energy Management.

A major fossil fuel industry group, U.S. oil corporation Chevron and the State of Louisiana filed separate appeals in the case, arguing the decision was “misguided.” But in its filing declining to appeal the decision, the DOI said it maintained the authority not to award the leases purchased in Lease Sale 257 even if the appeals court reversed the lower court decision.

“Interior agrees with the other parties that, in the event this Court reverses the district court’s vacatur, the expiration of the five year program on June 30, 2022, does not prevent Interior from awarding leases pursuant to Lease Sale 257 after that date—although, as discussed herein and in Interior’s response to the district court’s January 20, 2022, Interior has the authority to decline to award the leases at that juncture,” the agency wrote in the filing.

Get The Full Story At Daily Caller